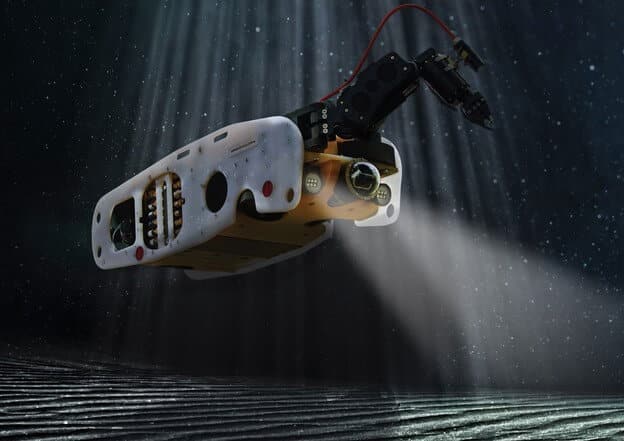 Saab made underwater robot for which are interested FBI, police and navy.

Robots for the detection and deactivation of mines and improvised explosive devices on the mainland are not a new thing, and for several years used in the operational units of the US Army and the police, and so far have already eliminated many threats around the world and prevent the suffering of civilians and members of the anti-terrorist unit.

But the army and the police now worried about terrorist threats that can occur in the sea or underwater, in the form of floating mines and explosives to be placed on the bottom, or as the explosive devices that terrorists can set the bottom of the hull. Saab is therefore in collaboration with the US Navy decided to make a special underwater robot-drone, whose role is precisely the search for explosive threats of this type, so the resulting vessel called Sea Wasp, which is operated remotely, and has exceptional maneuverability and advanced equipment detection and deactivation, as you can see in this video.

For the detection of explosive devices, the robot uses sonar and camera, while his capture, move and possibly deactivate the explosives used Manipulating hand, and all systems are designed to be as simple to perform by a human operator.

As regards maneuverability, Sea Wasp is able to “float” in the place at any depth, to facilitate the detection of mines and perform the desired task.

It should be emphasized that this is not a concept, but a working prototype, which have already received the FBI, anti-terror police units of South Carolina and the US Navy, and will be tested over the next 10-12 months.