If you are looking for useful information how to do that then obviously you know that football is back! It would be great when you could watch NFL game without having cable from some cable company, right?

How Actually NFL Streaming Works in the United States

Also few months ago Amazon has announced new service for streaming NFL games. Actually they have are now in partnership with the NFL. But with this streaming service you are limited, because they don’t show all football games.

Therefore if you are reading this article then there are high chances that you don’t have any cable provider. So if you are big football fan then NFL offers really interesting streaming service called Game Pass. For this teaming service you need to pay $99.99, and with that you can watch NFL games.

It sounds great but if you read small letters then you will find out that you can’t watch live games, instead you can only watch their replay. And in reality nobody wants to wait end of games. Then later watch replay.

The Better Option: Watch International Streams with a VPN

Of course you can find some pirated streams online, but they are mostly illegal, and at the same time they are a low-quality. Or in other words they are laggy. 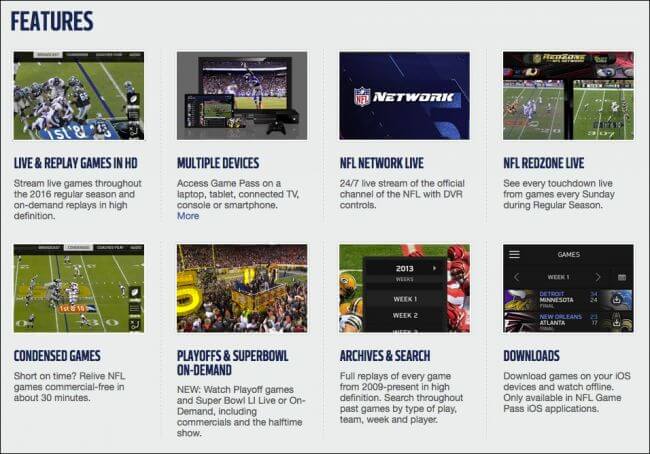 So first thing you need to have is VPN. If you don’t know nothing about the death we suggest you to learn more about it, but don’t worry because it is very simple. But what is most important that VPN place your location to another location for example in Europe. So in that way you appear on Internet. Also there are some free VPN services, but there also from few dollars a month, or in other words they are cheap.

Also you need to know that Game Pass’s international plan costs $199, but from what we can see it is much cheaper than for paying cable services or satellite television. Also don’t forget that at this moment NFL offers 7-day free trial for Game Pass.

With international NFL access you have ability to watch all 256 regular season live broadcasts, but there also the playoffs, and most important the Super Bowl.

How to Set It Up

Now as we said earlier you need to connect to your VPN or SmartDNS. For example we are connected some European country. Don’t forget you can try different ones and you will see which is better for you.

Now you can finally Game Pass package. After you pay you are ready. Also remember that you need to have to be connected to your VPN then you are trying to watch football like playoff games or the Super Bowl.