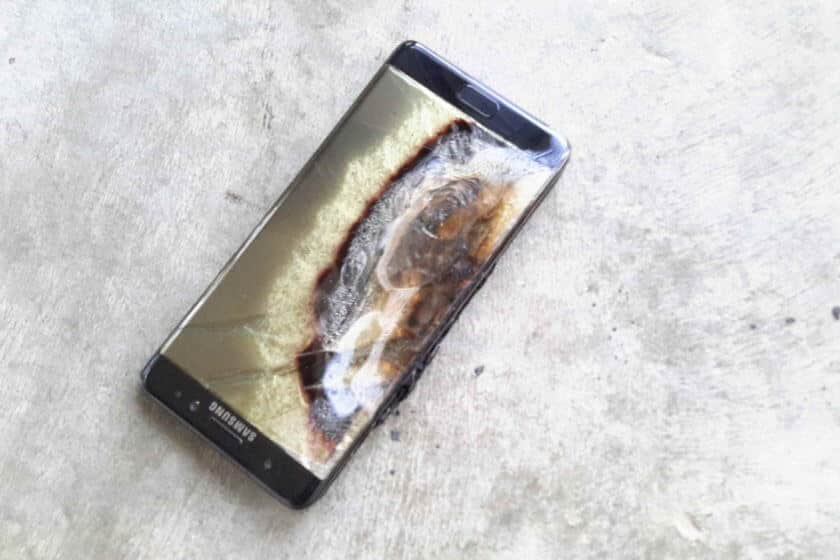 Just a few days ago we saw another case where Samsung Galaxy Note 7 replacement device exploded. But there is no end in this from what we can see because text messages shows that Samsung is trying to hide is trying toproblems.

Okay let’s start with the beginning, just a few days ago on Tuesday started new problems for Samsung, only one day before Galaxy Note 7 replacement exploded on a Southwest Airlines plane.

But let’s return to the Tuesday where Michael Klerings from Nicholasville, Kentucky  felt the smoke in the house. He didn’t know from where the smoke comes, but it did not take long to realize that to the smoke is coming from the a week  old replacement Samsung Galaxy Note 7.

A few hours later Klering began to feel ill, and due to poor health he ended in the ER where he was diagnosed with acute bronchitis due to smoke inhalation. On the same day Samsung got in touch with him, and from this moment everything was strange.

For the beginning Samsung wanted to take this faulty Galaxy Note 7 replacement, but he didn’t allowed. Michael Klerings only allowed to x-ray the phone at Samsung’s expense.

Later Klerings received a text message from Samsung which obviously was not for him. That message read: Just now got this. I can try and slow him down if we think it will matter, or we just let him do what he keeps threatening to do and see if he does it.

“It made me think you know they’re not taking this serious enough and it’s time to move on,” Klering said. Of course he was upset naturally because at this moment many people have Note 7 in cars, kid’s pockets, and everywhere else, and at the same time they carry potential danger phone. So Klering is looking for the lawyer.

So logically looking Samsung was not going to alert their customers or potential customers that the new replacement Galaxy Note 7 is obviously not safe.

At this moment major U.S. carriers are offering exchange for replacement Galaxy Note 7, so it would be advisable to do that.