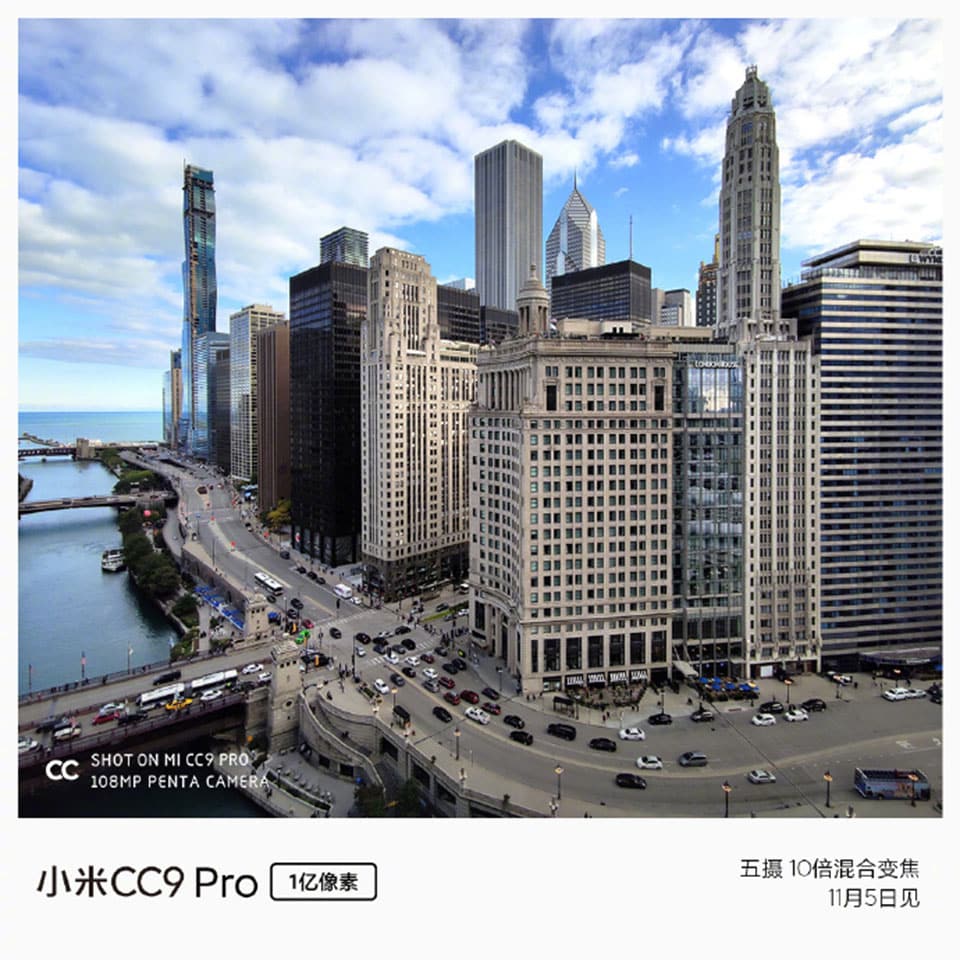 During the past recent days, Xiaomi representatives started sharing new spoilers and teasers about the upcoming smartphone. The new model will be called Mi CC9 Pro and the main feature of this handset is the penta-camera setup.

Also, some pictures, captured on the camera of a new smartphone were shown. The quality and abilities of the camera really impress.

Some pictures were captured from a distance of 1.5 cm using a Super Macro mode. Despite the close distance, the photos are rich in detail. But this is not the only benefit of the Mi CC9 Pro.

Also, the device will get a 108 MP camera sensor. The rear camera module will consist of 5 sensors. This fact is confirmed by the teaser.

In terms of performance, it is expected to feature Snapdragon 730G processor. Also, the model will get the 5260 mAh battery with 30 W fast charging support, which provides a 58% charge level in 30 minutes.

The design will be similar to CC9 model line, the display will also have the dot notch for a selfie shooter. The model will come in two new colors called “Ice and Snow Aurora” and “Magical Green”.

The launch is set on the 5th of November.