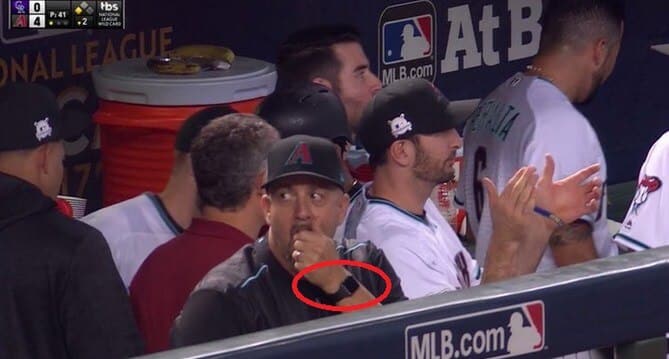 We are talking about Ariel Prieto which is Arizona Diamondbacks coach. MLB have additionally investigated coach’s watch including smartphone, but eventually they did not found anything suspicious. Because it was innocent mistake.

During Chinese National Day holiday Gearbest give 9% discount for all!