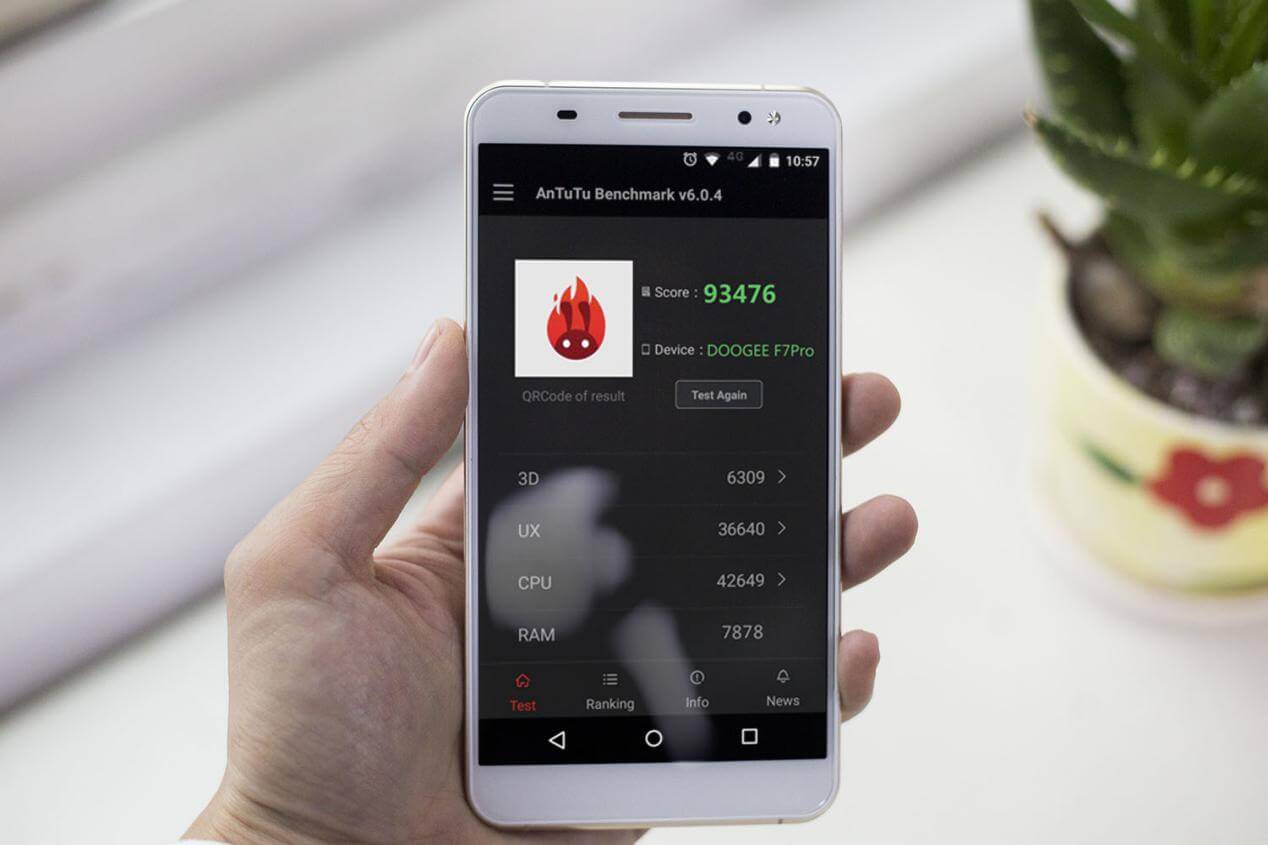 Recently we have seen several new flagship phones like LG G5 and Galaxy S7 with powerful hardware including impressive high AnTuTu score between 110000 and 130000. The response on that is prepared by still unknown Chinese company Doogee. They are improving every day and they have introduced their flagship phone called Doogee F7 Pro on MWC 2016. Which also has strong hardware like latest Mediatek deca-core X20 processor with 4GB RAM. For storage space you have ability to choose 32GB or 64GB memory model. As the title says Doogee F7 Pro has also scored impressive AnTuTu score or to be precise it scored 93476. In this moment it gives him third place and better position than HUAWEI Mate 8. Which is great because the price will be around $200 and comparing with LG, Samsung and other  popular company’s it is really cheap because for example the price for LG G5 will be $550+.

What do you think can Doogee F7 Pro be tough competitor to Galaxy S7 or LG G5?

Oppo SuperVOOC charging technology will charge your smartphone for 10 minutes!