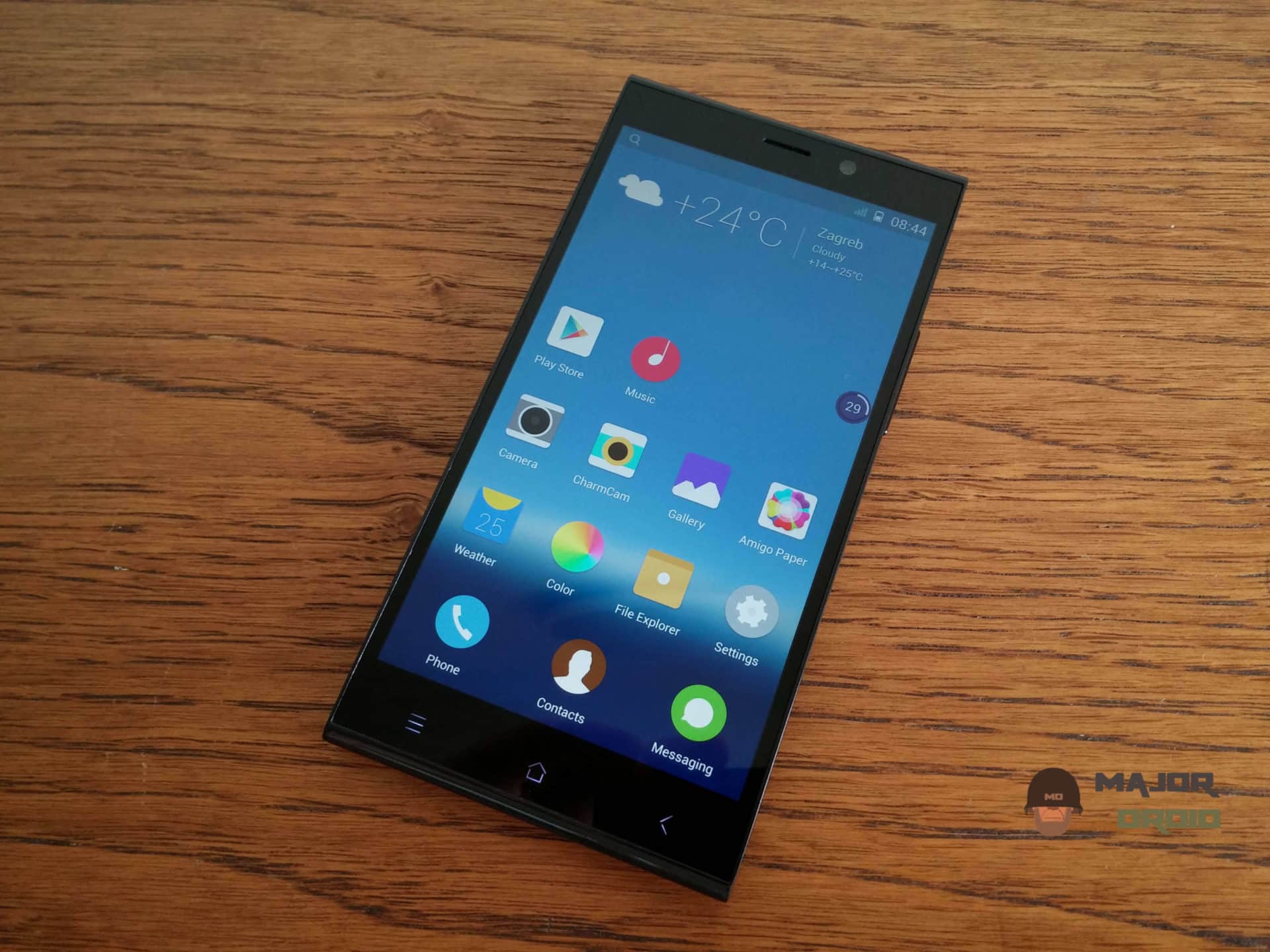 If you are looking for high end smartphone then this article will be very interesting for your because i now is an excellent time for buying a Gionee Elife E7. If you don’t know nothing about this device then I can only say that it has pretty impressive hardware all thought it is not a newest model these days. For example it has 5.5 full HD screen, Snapdragon 800 and 3GB of RAM. Okay talking about design and build quality Gionee Elife E7 is completely made of plastic. The case is made from one piece. It is available in black or white color, I personally have a black model and it looks amazing. Power on off button is located on the top of device while the volume button is on the right side. Touch buttons has backlight which is enough strong and sim card slot is on the left side. Overall build quality is very good alt.is made from plastic. Also in my opinion design is really nice and most of you will like it. The Gionee Elife E7 has 5.5 inch IPS full HD screen with Corning Gorilla Glass 3 protection. The screen to body ratio is approximately 74%. I must admit that I’m pleasantly surprised because without exaggeration the screen is perfect. I did not find any problems during use. Display is pretty natural and extremely sharp thanks to higher resolution. The screen digitizer also works precise and finally as I said it has screen protection in the form of Corning Gorilla Glass 3.

As everything until now also and hardware is totally brutal, of course the Elife 7 is not the strongest one but it is still in top 10 definitely. So it is based on Qualcomm MSM8274 Snapdragon 800 chipset, it is a quad core CPU. It has 3 GB of RAM and the GPU is Adreno 330. While for internal storage it has two available models 32 GB and 16 GB with no ability for memory card because it has no card slot. I personally have 32GB model which has available approximately 25 GB of space for storage. This available memory is divided into partitions, one has approximately 22 GB while the smaller one has 3GB. For more information you can also see their site.

With several installed applications, games and other staff mostly it has available 2GB of RAM. Every application works really fast with no problems. I tried several games and all worked like a charm. Also I have tested the phone with few benchmark test applications and below you can see the results which are really promising. The Elife E7 comes with installed Android 4.2.2 system. Which is additionally customised by these Chinese company. It has several applications already installed called Color, CharmCam, Amigo Paper and you have also possibility to change the theme. During use I have not encountered any problems. The system is responsive and all functions and actions react very quickly.

It has all the usual options like Wi-Fi, GPS, support for 3G network, bluetooth and of course NFC. I have tested all functions and they would and they should to work. Wi-Fi has good range for connection. It is also good that this device supports this frequencies for 3G network HSDPA 900 / 2100. I have tested the GPS also and it works with out any network help with precision of 4 m. This phone has 16 megapixel primary camera which is equipped with led flash. It has also additional camera application called CharmCam which allows you to take photos in different formats which is really cool. In this segment I am delighted because the photo quality is super. I have taken photos in every possible condition and every time the photo quality in the same – great. In just one word the photo quality is awesome. Photos are enough sharp, colors are natural. The video quality is also the same so overall you will be satisfied. Below you can see photo examples.

It has built in battery with capacity of 2500mAh. It provides 27hrs for GSM connection and 22 hours for WCDMA network. For watching videos it can last 10hrs and for listening music 35hrs and last for surfing on the Internet 7hrs.

As I said in the beginning if you are looking for cheap phone but with powerful hardware and great build quality then you definitely need to consider Gionee Elife E7 smartphone. Because it meets all the requirements and it is really cheap now. So don’t wait too long, also if you are interested you can buy it at the lowest price at Merimobiles.