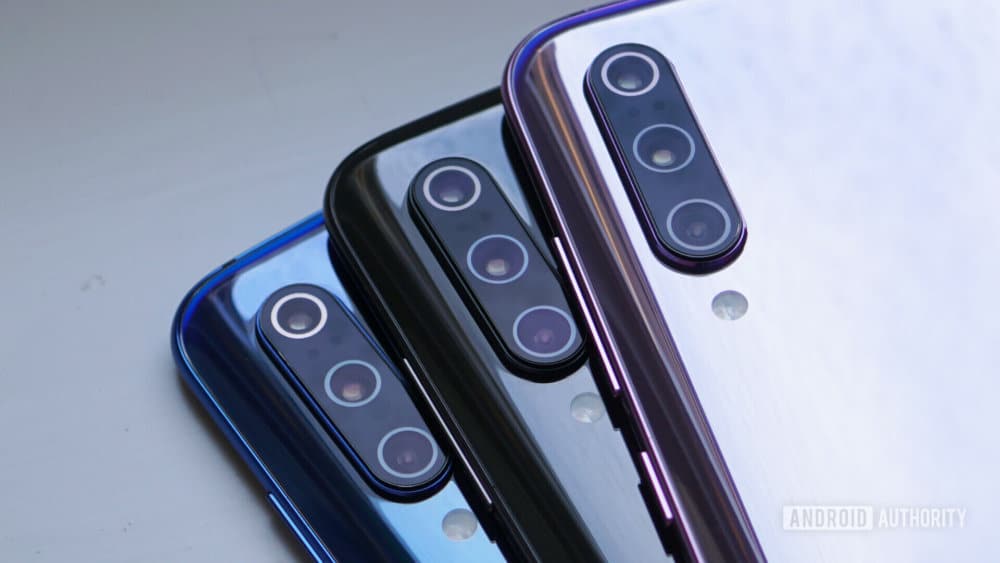 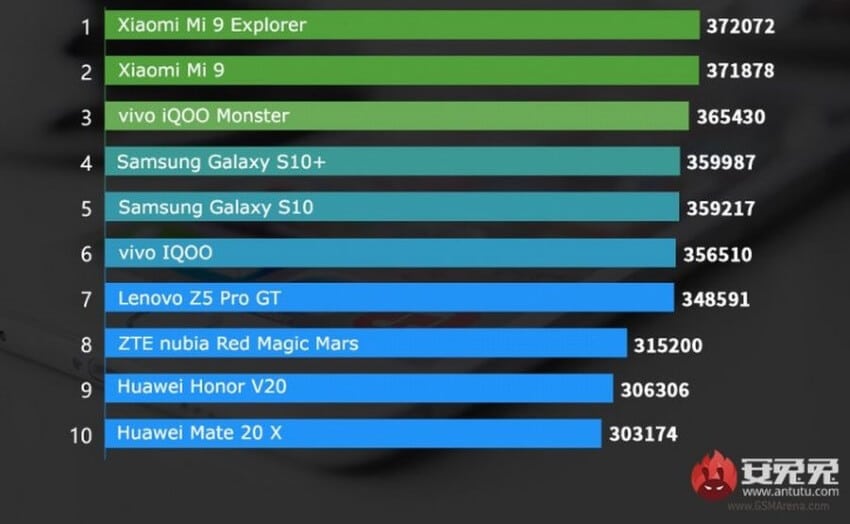 As expected, smartphones powered by Snapdragon 855 are leading on the list. The first one is Xiaomi Mi 9 Explorer, with regular Xiaomi Mi 9 in close pursuit. Vivo IQOO Monster is a gaming smartphone from Vivo and it holds third place. Last month, Samsung Galaxy S10+ and Galaxy S10 were leading the pack, but today they are on 4th and 5th position. Nubia Red Magic Mars is another gaming powerhorse this time from ZTE, powered with lastyear’s Snapdragon 845. Some fine tuning and lots of software optimization makes it one of the most powerful devices today.

The smartphones were benchmarked using the latest AnTuTu Benchmark V7 app. The scores mentioned for each phone are not their highest score, but average benchmarking score.