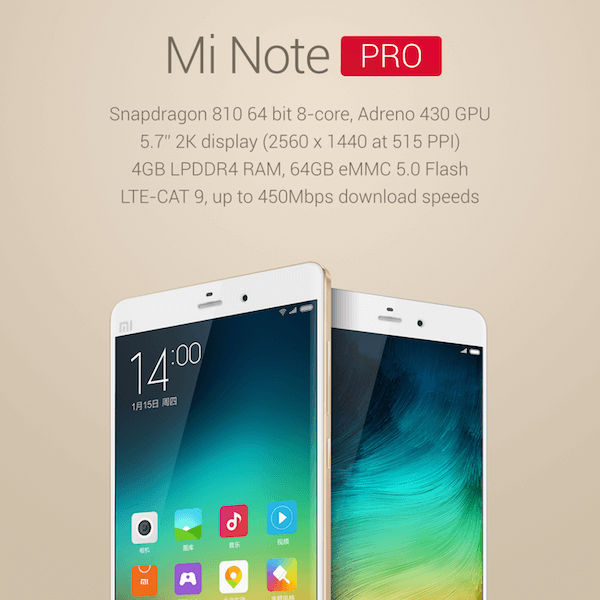 As we speaked before about Xiaomi Mi5 now one day later finally Xiaomi has introduced a new flagship phone called Mi Note Pro. Believe me it is a real professional smartphone. So it will have 5.7 inch screen with QHD (2560 x 1440) resolution. It will be based on 64-bit CPU Snapdragon 810 and in this combination it will have 4GB of RAM.

From other details we can say that it will have 64 GB internal memory and LTE 4G support. For camera there will be 13 megapixel OIS sensor and front facing camera will be for megapixel.

Price for Xiaomi Mi Note Pro will be around $530. What do you think about this new flagship device?