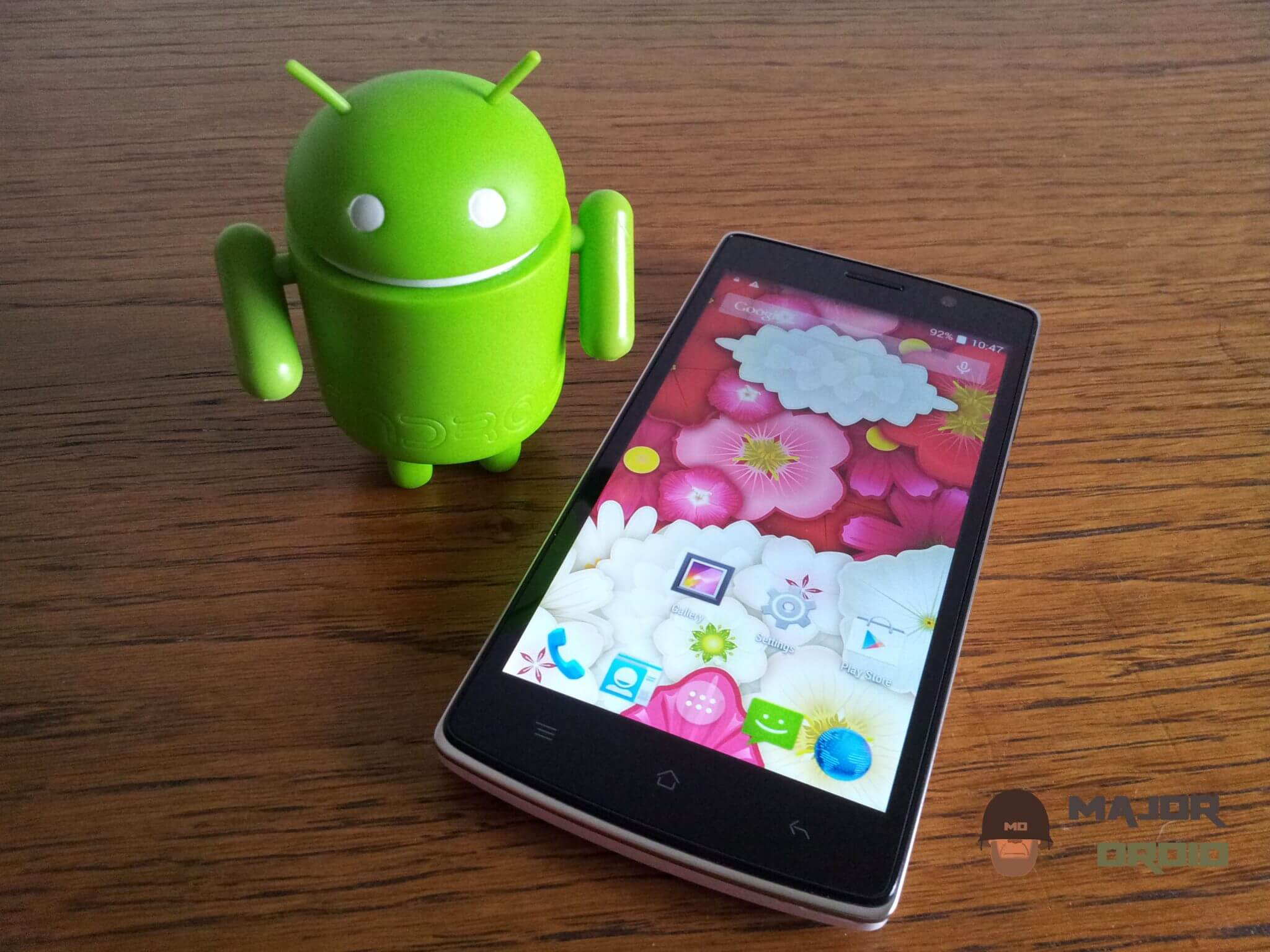 New week and new smartphone on the review, this time I have a Landvo l200g. Landvo is relatively new Chinese company and until now I didn’t know anything about this company from China. So you and me will see for the first time how good is this Landvo l200g.
I decided that it is better for my visitors that I don’t write boring information. Okay as many times before about packaging, except the phone you will get also next items: USB cable, USB charger, hard case, headphones and screen protector. With this phone you get a little more stuff than usual so this is positive.

I really didn’t know but Landvo l200g is very similar to the OnePlus One, also if like you can see review also for Kingsing S2 which is a LG G2 clone. Of course it has several differences like smaller screen, the case is also smaller but overall it this 90% the same. You have ability to choose from two different colours white and black. I personally have a white model and in my opinion it is really nice and beautiful smart phone. Landvo l200g is completely made of plastic, the plastic feels good because it is smooth. It measures 144 x 72 x 9 mm and it weights 155g. The build quality is medium and overall the l200g is good for this price range. It has 5 inch display with qHD resolution (540 x 960), logically it would be better with higher resolution. But alt.the resolution is not high it is still good because I have seen much worse displays on other smartphones. The display it is also IPS and it does not have screen protection so you’ll need to be careful. Digitiser works perfectly normal as it should work, so there are no issues for touch. However display on Landvo L200G is still acceptable for this price range. Landvo l200g is a typical Chinese mid range smartphone and now maybe is low end device because these days are coming new chipsets and new Chinese devices. So maybe you already know but for others I need to say that l200g is based on MediaTek MTK6582 which is quad core CPU at speed 1.3 GHz. It has also 1 GB of RAM and 4 GB ROM. For graphics they have selected Mali-400 MP2 GPU. For storage there is available about 1.5 GB of 4GB but you can expand it with memory card up to 64GB which is really pleasant surprise because on the most Chinese devices you can use max 32 GB memory card. I have tried many things with l200g including playing games. All apps which I have tried worked good, maybe some apps have been slow loading but nothing major. Also I tested the l200g with several benchmark applications like Antutu benchmark, Vellamo and Geekbench. The results are expected below and you can see screenshots from testing. Landvo l200g comes out of box with Android KitKat 4.4.2 OS, from this I can see it is not too much customized. Mostly it is stock, and also it has ability for wireless update. OS is completely fluid and that’s it because there is not too much to say about it.

New feature is definitely support for 4G because with 4G connection you can have Internet speed up to 75 Mbit/s and maybe more. So this is really impressive for a low budget smart phone. It supports this frequencies FDD-LTE 1800MHz /2600MHz for 4G network and WCDMA 850/900/1900/2100MHz for 3G network. This is excellent because first for 3G it supports 900 MHz frequency which is still used in most countries in Europe. It also supports LTE 1800MHz /2600MHz which are also used in many countries in Europe. Besides connectivity I also tested the GPS on l200g and without Internet and Wi-Fi connection or help the GPS is working. It has found 8 satellites and it has connected to all with the precision of 3m. On the low budget phones mostly they are equipped with lower quality cameras and unfortunately the Landvo has the main camera also lower quality alt. is five megapixel. The photo quality is poor including video. The led flashlight is not so strong enough so in my opinion it is best as torch. Below you can see photo examples taken by l200g. Landvo l200g comes with battery which has capacity of 2000 mAh. For this kind of smartphone it is enough if the capacity of course is real. So after testing I can say that the battery is strong because with heavy use it can last at about 16 hours and this is really nice score. You can expand battery life if use the phone as average user.

Landvo l200g is really nice smartphone for this price range because it offers many good features. For example it has a really nice design, medium build quality, solid hardware performance. Of course it has great new feature support for 4G network. L200g also supports 900 MHz frequencies for 3G network. GPS works and the battery is really strong. For more info you can also visit official site. In reality you cant expect everything great in this budget. Price for this device is approximately $115 and you can buy for example here at TinyDeal.