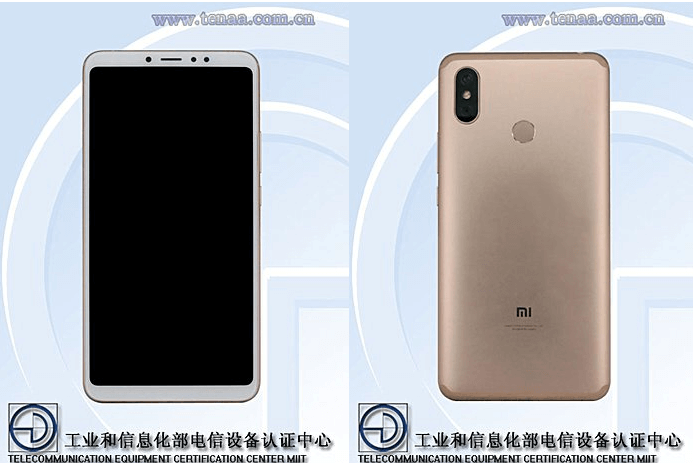 The Mi Max 3 is now revealed in full as images of the handset also appeared today after the certification process got us all the specs of the big phablet. And the results (images) are not surprisng. The Mi Max 3 design is a progression of the Mi Max 2 mostly with the biggest change that is visible being the 18:9 aspect ratio of the display.

The new aspect ration has allowed the Mi Max 3 a luxurious 6.9-inches of real estate that propels it into tablet territory. On the rear, a dual camera setup can be seen that is an upgrade over the single camera. And concluding from what we’ve seen so far in 2018, it will be a much needed improvement. 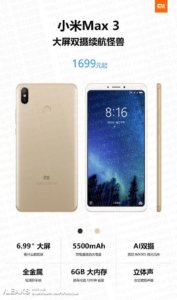 As for yesterday’s specs leak, the Mi Max 3 has a 6.9-inch Full-HD+ display that you will not run out of whatsoever. The listing has posted clock speeds of 1.8GHz that belong to an unknown processor. Our bet is on the Snapdragon 636 chip, while tipsters have pointed to a Snapdragon 660 or 710 previously.

As for camera, the primary one is 12 MP and the front shooter is 8MP on the most of the models. The battery of the Mi Max 3 has become obese after three generations and is now a mass of 5,400mAh worth of Li-ion cells.

Related Topics:TENAAxiaomiXiaomi Mi Max 3
Up Next