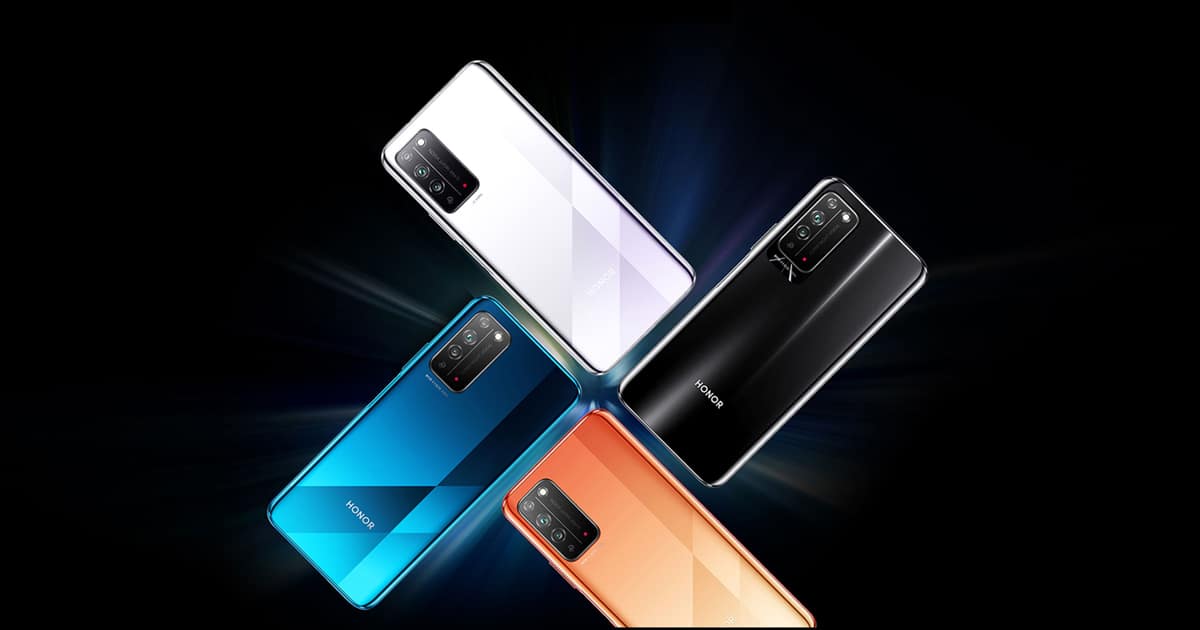 HONOR announced the new HONOR X10, the first 5G smartphone in the X-series for the Chinese mainland market. The HONOR X10 features the 5G 7nm Kirin 820 SoC that supports nine 5G frequency brands, and a triple camera setup that is equipped with a RYYB sensor. The smartphone has a 92% screen-to-body ratio and will come with a 90Hz refresh rate display and a 180Hz touch sampling rate for a superior viewing experience. Packed full of HONOR’s newest technology, the HONOR X10 is well-positioned for the 5G era and promises to deliver next-generation performance in gaming and photography for its users. At the launch event, George Zhao, President of HONOR also announced that the total global shipment of the HONOR X-Series had exceeded 80 million units and received countless accolades.

As the first 5G smartphone in the X-series, the HONOR X10 has set a high bar for a flagship 5G experience. Its 5G 7nm Kirin 820 chipset can support both non-standalone and standalone modes and support nine 5G frequency bands that will provide an extensive range of coverage, allowing the HONOR X10 to enjoy more stable and reliable 5G connectivity. Equipped with a smart antenna, the HONOR X10 is able to receive send and receive signals effectively even when the user moves between areas of differing 5G coverage.

Prior to the launch of the HONOR X10, HONOR also announced the opening of the HONOR 5G Laboratory. According to a representative of the HONOR 5G Laboratory, the company invested over RMB300 million into research and development of the HONOR X10, spent over 500,000 man-hours testing the smartphone’s 5G capabilities and made 250,000 test calls on the smartphone. To mark the 60th anniversary of the historic ascent of Mount Everest, HONOR collaborated with the Chinese National Mountaineering Team to make the HONOR X10 the designated smartphone for the team. On 11 May, the national mountaineers scaled Mount Everest with the HONOR X10 and tested its 5G capabilities at more than 6500 meters above sea level. The result was astounding: the HONOR X10 recorded a maximum download speed of 1617Mbps, proving that it is a high-performing smartphone even in harsh environments.

The 5G 7nm Kirin 820 chipset, a successor to the Kirin 810 chipset, features an innovative octa-core design with one high-performance A76 big core, three balanced A76 middle cores, and four energy-efficient A55 small cores. With this configuration, the chipset can operate up to a speed of 2.36GHz. Built on the Huawei’s Da Vinci NPU architecture, the 5G 7nm Kirin 820 chipset achieves superior performance and ultra-low power consumption, allowing it to perform 5G and AI tasks seamlessly and effectively.

In order to improve the gaming performance of the HONOR X10, the hardware of the smartphone underwent several optimizations. Firstly, the GPU of the HONOR X10 is a Mali-G57 with six cores and has a Smart Cache feature that implements flexible switching of bandwidth resources to reduce power consumption. In addition, compared with the last generation, the HONOR X10 has an additional six antennas. Finally, the HONOR X10 features the Kirin Gaming+ 2.0 with brand new AI frequency modulation scheduling technology that achieves a sweet balance between gaming performance and power consumption. It is also equipped with the latest GPU-Turbo to provide more high-performance support for most popular games.

The HONOR X10’s 90Hz refresh rate for its display is a win for gamers looking to experience buttery-smooth gameplay. Compared to most smartphone displays that have a 60Hz refresh rate, the HONOR X10 will feature noticeably smoother scrolling and users will experience lesser eye fatigue. Furthermore, the HONOR X10 boasts a 180Hz touch sampling rate, significantly reducing touch lag and speeds up the overall experience. Finally, the HONOR X10 is equipped with a 4,300mAh battery that supports 10V 2.25A fast charge, allowing all-day uninterrupted usage.

The HONOR X10 features a 40MP triple camera setup and an industry-leading image sensor that is equipped with an exclusive RYYB filter that increases the light intake by up to 40%. With the enhancement of light sensitivity brought by RYYB, the HONOR X10 is able to support an impressive ISO of up to 153,600. The 5G 7nm Kirin 820 chipset has ISP 5.0 that supports BM3D for professional-level noise reduction while the improved AIS Super Night mode will enable the HONOR X10 to synthesize multi-frame images and support exposure up to 30 seconds. Together, these upgrades will allow the HONOR X10 to capture ultra-clear night shots with heightened brightness and better color preservation even in dimly lit environments.

The HONOR X10 camera also allows users to capture crisp pictures even when there is fast movement. Through a series of optimization processes and AI, the HONOR X10 is able to synthesize different layers to form a perfect picture. The HONOR X10 also supports 4K Ultra-HD video shooting capabilities. In terms of its front-facing camera, the HONOR X10 has a 16MP Selfie camera. Working together with enhanced AI capabilities, selfies will not look over-processed and are more natural.

The HONOR X10 has a screen resolution of 2400 x 1800 and a screen-to-body ratio of 92%, providing users with an unobstructed viewing experience. The TÜV Rheinland-Certified blue light filter in the HONOR X10 effectively reduces the harmful blue light emitted by the screen, minimizing eye fatigue for smartphone users. The custom-built components and HONOR’s self-developed algorithm optimize the screen’s visibility under bright sunlight, presenting every detail with optimal clarity and sharpness.

In the audio department, the HONOR X10 is equipped with an HONOR-developed amplifier that enhances the audio quality. Coupled with the Virtual 9.1 Surround Sound feature, users can indulge in an immersive audio experience that mirrors a cinema environment.

The ever-changing hues on the glassback of the HONOR X10 are due to its 21-layer glass technology. To appeal to the global youth, the HONOR X10 comes in Sapphire Blue, Midnight Black, Titanium Silver and Fiery Orange.

The HONOR X10 will be pre-installed with the Android-based Magic UI 3.1 that delivers an aesthetically arresting UX design coupled with improvements in software. With this latest upgrade, users can expect a slew of user-friendly smart features such as seamless cross-device connection, multi-screen collaboration and smart travel. Users can also enjoy next-level upgrades in smart office, photography, performance and security.