The company has just released a new video that is faithfully showing the new Oukitel K6, which they consider to be a new flagship phone in the company. Also if you visit Oukitel’s official website then you can receive a $70 coupon code. But also six lucky winners will get 50% off, and the luckiest will get it for free, really cool!

There are plenty of great features that will boast the new Oukitel K6. For example it supports unlocking the device by fingerprinting but also with face recognition. Of course, there is a LED notification as well as NFC support.

Which is 10% better and about 15% smaller battery consuming than the previous model. It also supports fast LPDDR4X RAM, 2K resolution, as well as 4G VoLTE / ViLTE on both SIM cards. It has 6 GB of RAM and 64 GB of internal memory which you can upgrade up to 128 GB.

According to the tradition of the popular “K” series, the Oukitel K6 has a big battery of 6300 mAh capacity, which you will be able to use many days before the next charge. It has a great “Super Power Saving Mode” as well as an intelligent battery power system. It also supports a fast charging which provides a 5V / 3A high-speed charger specially designed for charging large capacity batteries. 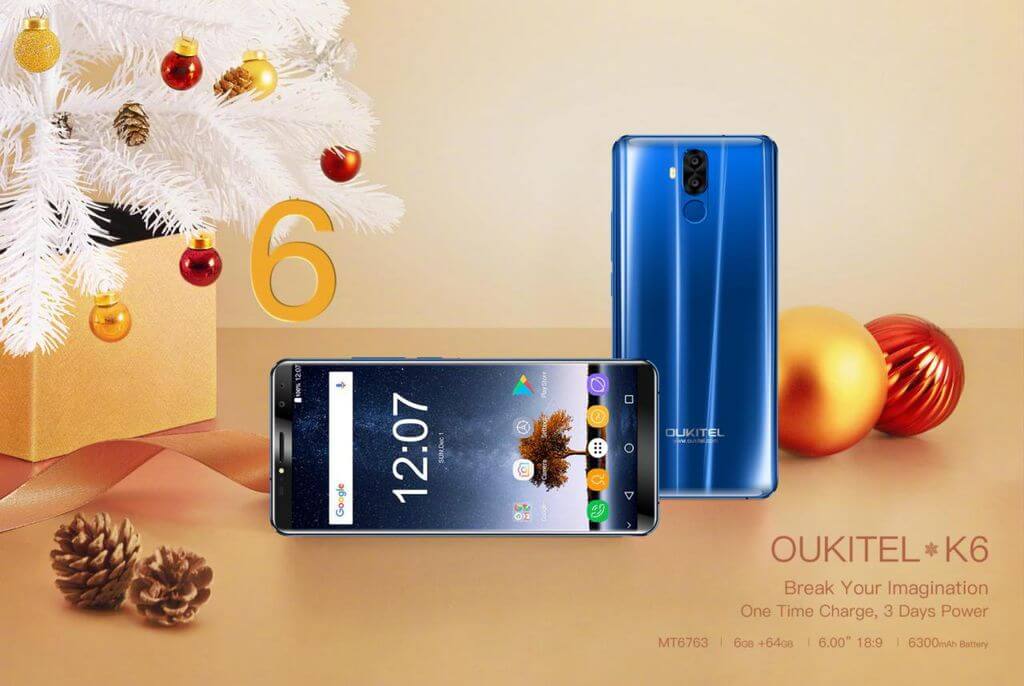 Once again, we will remind you that there is a special promotional page on Oukitel’s official site where you can win it for free!