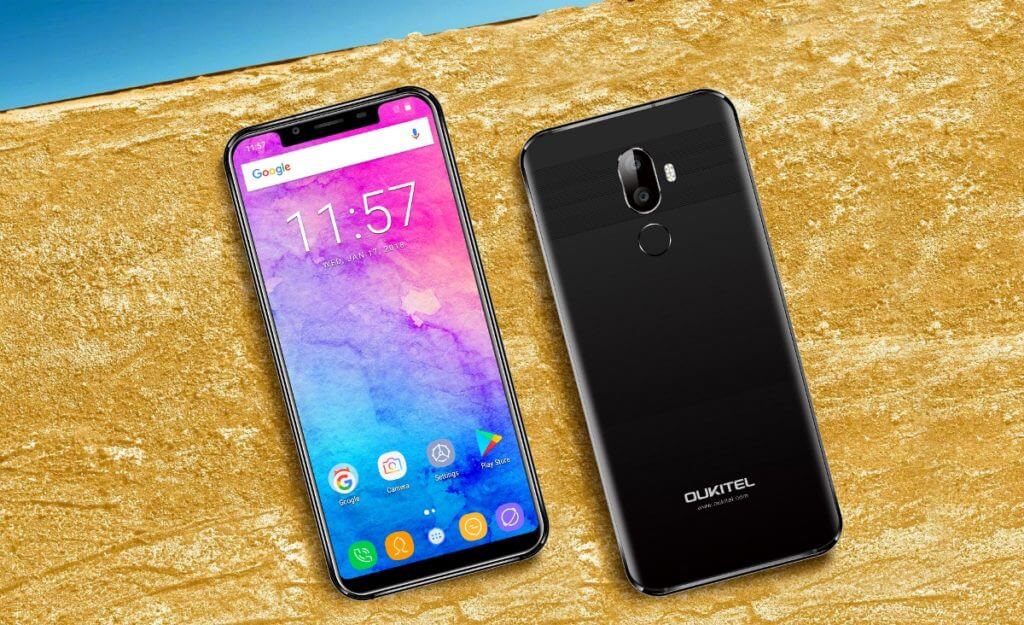 First of all let’s say few words about most important information of the smartphone. From what we can see this smartphone has a very similar design like iPhone X. But what is most important it provides good quality, and definitely it is best choice among others clones.

So when you for the first time see this smartphone you will notice that it has beautiful 5,85 inch screen with 21:9 screen ration, and when we speak about the resolution it provides HD+ resolution (1512 x 720 pixels). These kind of resolution is mostly because of construction of the screen including element above the screen. Therefore you will have much more space for watching movies or playing games.

But this is not all because the Oukitel U18 has a very good choice of built-in hardware. So it is based on 8-core Mediatek MT6750T, and when we speak about memory it has 4GB of RAM including 64 GB storage space. Storage space can be additionally extended up to 128GB with memory card.

Also it has good quality battery which actually has 4000 mAh, which is in reality enough for mostly all users. And last but not least important is the operating system which in this case is Android 7.0 Nougat. And at this moment from Oukitel says that this device will get update to Android 8.0 Oreo.

For more information you can visit the official website.