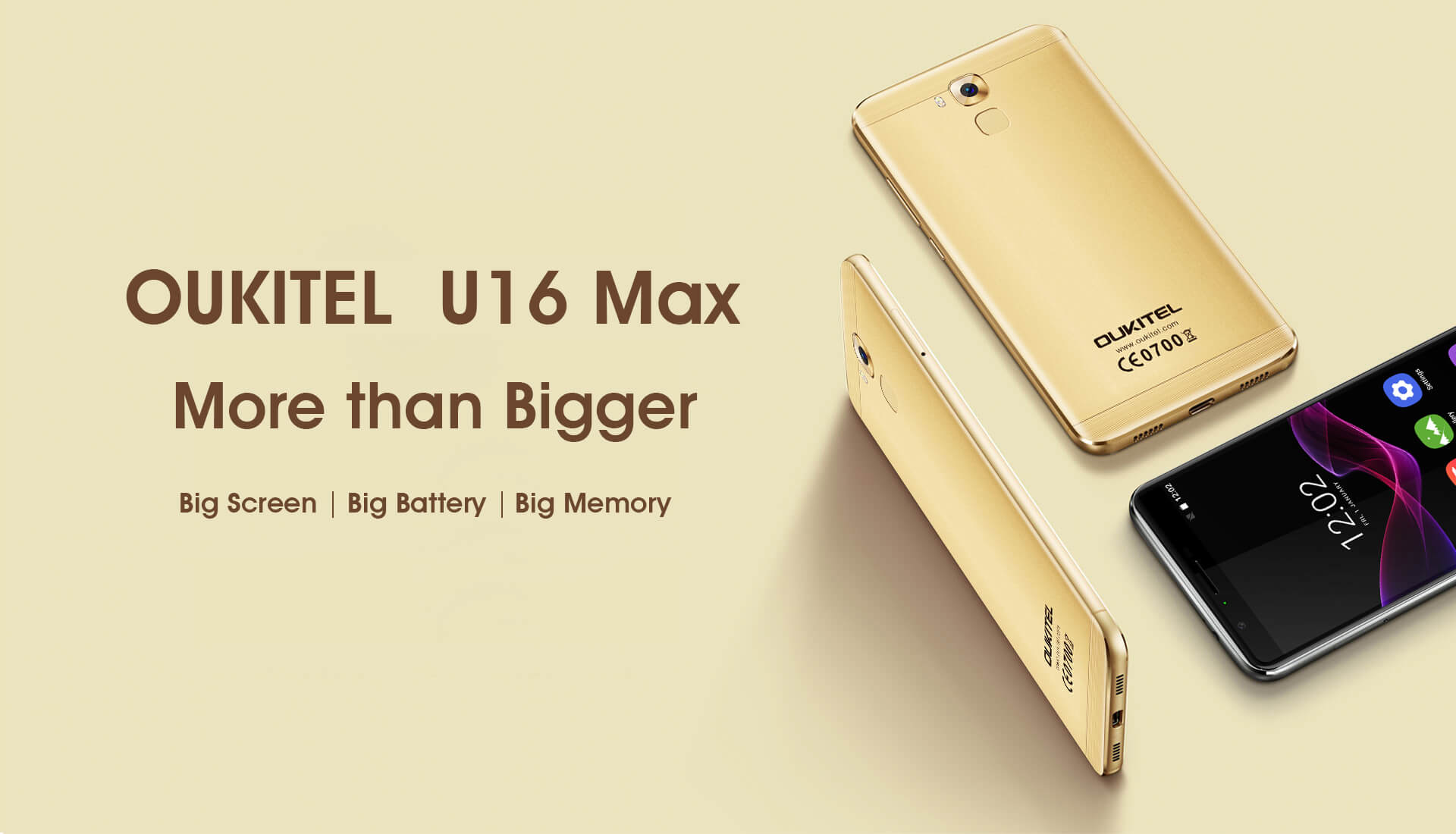 We must say that we are very surprised to see this kind of news from Chinese company Oukitel. Actually they have announced new dual-sim smartphone called Oukitel U16 Max, and definitely number one feature is 6 inch HD screen made by JDI Japan. Because mostly from this company smartphones are five or 5.5 inch screen devices, and now they have decided to produce bigger screen phone.

We are not surprised to see upcoming Oukitel U16 Max because lately more and more people like bigger screen phones. They have decided to use screen from very popular company JDI Japan to ensure high-quality. The screen will be as we said earlier 720×1280 pixels with  5-point multi-touch.

From other available information U16 Max will adopt Low-Temperature-Poly-Silicon(LTPS) technology. Of course if you ask yourself when it will be available then we can say that it is very likely that it will come in February or March. Because of that it will come out of box running latest Android 7.0 operating system.

Also we have information that Oukitel U16 Max will be on Aliexpress Anniversary celebration sale which starts on 28.3. For more information just follow us!

Related Topics:6 inch6 inch screenOukitel U16 MaxU16 Max
Up Next