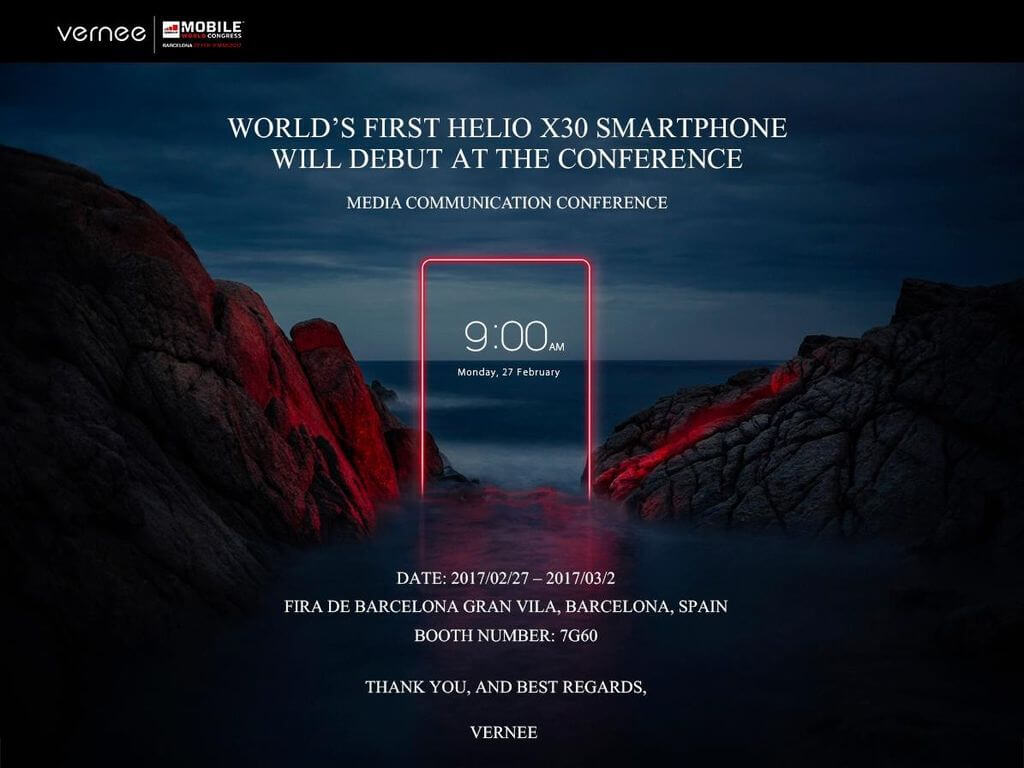 If you remember Vernee is very young Chinese company which is trying to be always one step ahead of other Chinese competition. And from last official information they are planning to introduce their newest dual-sim smartphone with Helio X30 chipset.

So they have announced your smartphone which will be presented at MWC 2017 in Span, Barcelona.  We believe that this phone will be very powerful because most important feature is Mediatek Helio X30 which comes only in flagship phones. We are looking forward to see this new device.