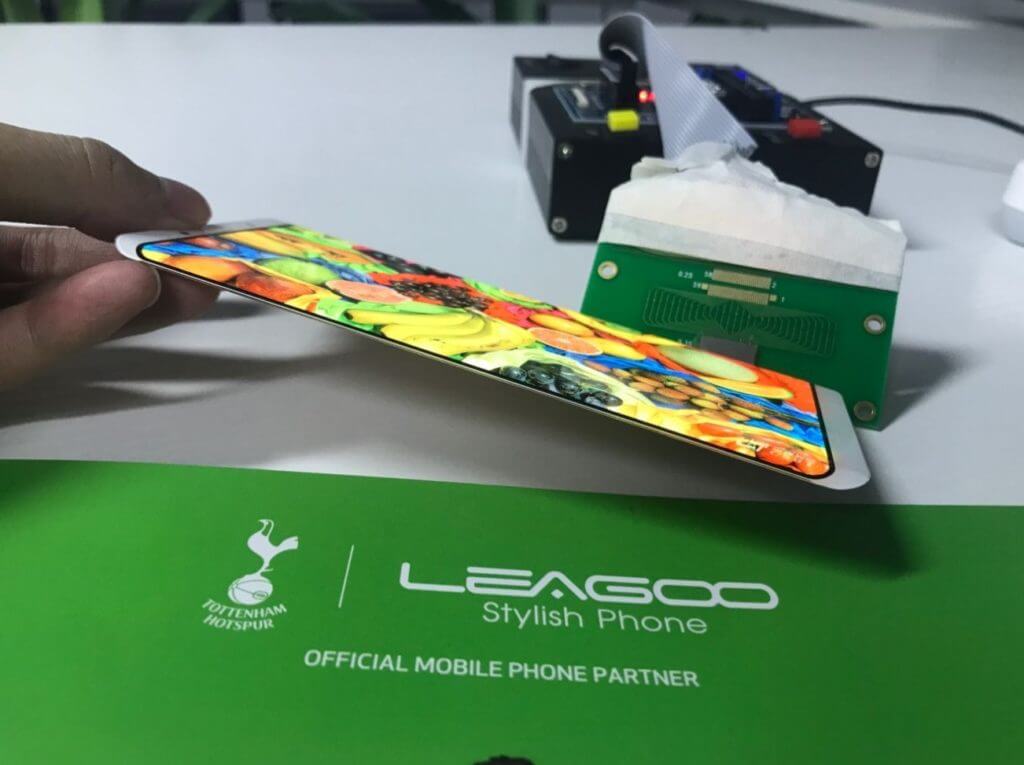 This smartphone could be called the Leagoo S9, although the name has not yet been confirmed. But some media already state that it is the successor to the Leagoo S8 Pro, which also has a large full screen 18:9 display. The only real difference is the mentioned curved screen option.

Below the pictures you can see how the Leagoo S9 has a full screen flexible AMOLED display 5.99 inch big, and takes up to 90% of the front surface which is great. It also has a FHD + resolution which is 1080 x 2160 pixels with a very strong contrast and brightness.

For now, it is still unknown when it will be available but it could be in the first half of 2018. If this happens, and if nobody in the meantime produce smartphone with same flexible display , the Leagoo S9 could be the first smartphone in the world with a curved 18: 9 screen. Be sure to look at the video below, is really cool.

Related Topics:LeagooLeagoo S9
Up Next